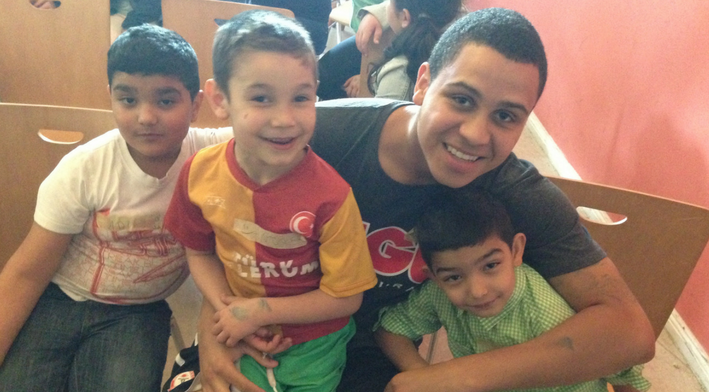 Raised One World Futbols for Syrian refugees in Berlin, Germany. [...]

Berlin Ministries International shares the hope and love found in Jesus Christ with the city of Berlin, Germany.

We’re currently using soccer to bridge the gap with the Syrian refugees living in Berlin and hope to bring hope and life to the children who’ve been displaced here.

We’re running this campaign with One World Play Project to raise ultra-durable One World Futbols, soccer balls that never need a pump and never go flat, to share with the Syrian refugees in Berlin. The One World Futbols raised through our campaign will be distributed to refugee children and used for mobile youth clinics across Berlin weekly.

Many of the refugees do not have the opportunity to play organized soccer and spend most of their time stuck inside an abandoned hangar. The only space available to play is on asphalt and in the streets. Any soccer ball that blesses the refugees living there is quickly worn out. The One World Futbol, a soccer ball that’s proven to last, will allow the refugees moments of play and temporary relief.

Support our campaign, and make a difference today!

Through this campaign, we raised 14 One World Futbols.