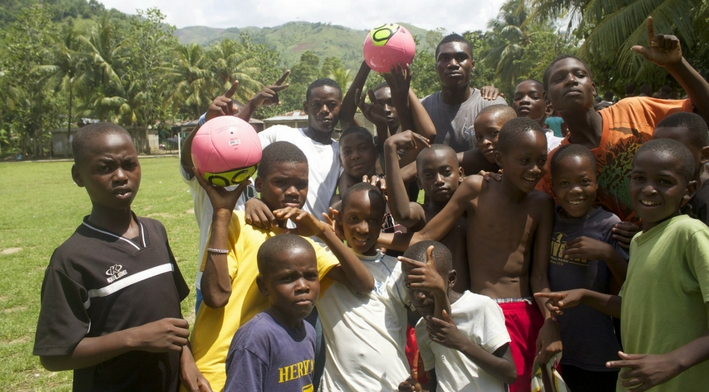 Raised One World Futbols for CLAC in Camp Coq in Haiti. [...]

The Charles River School spring elective, Fund a Football, and the French students are working together to share their love of soccer with Haitian students.

CLAC is a French library that lends books to students in Camp Coq and offers enrichment activities in support of reading and continued education. Camp Coq is beautiful, but it is rural and more than an hour’s drive to Cap Haitian, the largest city in northern Haiti. The children often have nothing to play with and usually improvise with found items.

Soccer is a hugely popular activity in Haiti, and the children of Camp Coq would be overjoyed to have access to actual soccer balls that are sturdy and require little care.

We ran this campaign with One World Play Project to raise ultra-durable One World Futbols, soccer balls that never need a pump and never go flat, to give to CLAC. One World Futbols will last much longer than standard soccer balls — which typically last hours or days before breaking — and will allow the children to play as long as they want.

Through this campaign, we want raised 59 One World Futbols.