Campaign: Focus On Something Good 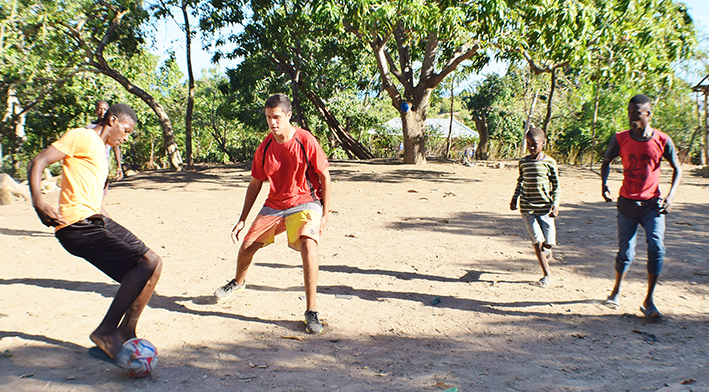 Focus On Something Good

Raising One World Futbols for an orphanage in Haiti. [...]

Focus On Something Good is running this campaign with One World Play Project to raise ultra-durable One World Futbols, soccer balls that never need a pump and never go flat, for children in Haiti, as we sometimes play soccer with the children of the community and they play soccer with rag balls made by them. When I can, I buy them balls, but the ones they sell here resist little and break.

In the next month the children will be on vacation, so it would be very good for them to have new balls and I also want to allocate some for the children of the orphanage where I live.

One World Futbols are needed because the surfaces that children play on in Haiti are very rough and harsh. Standard soccer balls deflate and become unusable very quickly, which prevents children from playing. One World Futbols will last much longer and will allow children to play as long as they want.

Through the Give Balls program, you can buy a One World Futbol for $25 USD that will be given to the children in an orphanage in Haiti.

Through this campaign, I want to raise more than 50 One World Futbols.