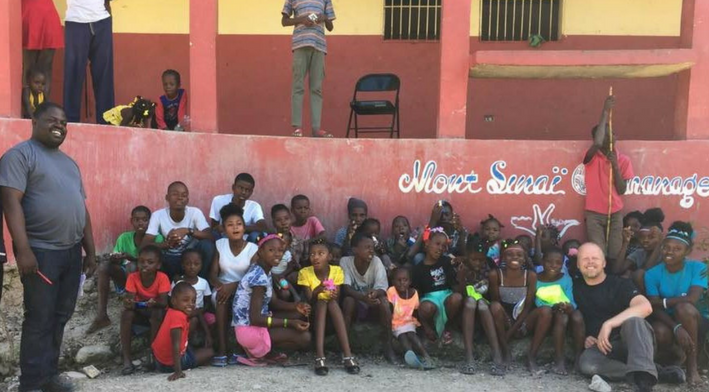 Raising One World Futbols for orphanages in northern Haiti [...]

Mont Sinai Ministries is running this campaign with One World Play Project to raise ultra-durable One World Futbols, soccer balls that never need a pump and never go flat, for orphanages in northern Haiti.

Our campaign is a simple way to bring fun into the lives of largely forgotten orphan children in the mountains of northern Haiti. Mont Sinai Ministries provides care and hope for approximately 40 Orphans in the mountains of Bayonnais, Haiti. These children come from one of the most impoverished areas in the western hemisphere. They have little to nothing to call their own. The harsh environment of Haiti can literally destroy a standard soccer ball in 1- 2 days. The One World Futbols provide smiles that last all year round.

One World Futbols will be strategically delivered to Mont-Sinai Orphanage, Mont-Sinai School, and the School in Gasse (an elementary off-shoot of Mont Sinai located about a 2 hour hike away). These soccer balls wills be used in general recreation and for school competitions with other schools in the community.

Through the Give Balls program, you can buy a One World Futbol for $25 USD that will be given to orphanages in northern Haiti.

Through this campaign, we raised 15 One World Futbols.