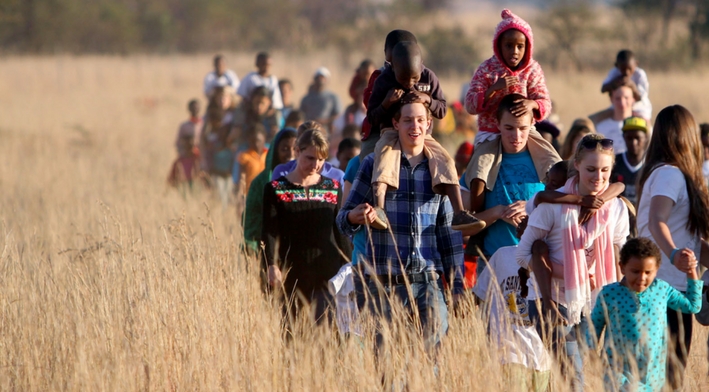 Raised One World Futbols for Botshabelo in South Africa. [...]

Mount Madonna School ran this campaign with One World Play Project to raise ultra-durable One World Futbols, soccer balls that never need a pump and never go flat, for Botshabelo in South Africa. Botshabelo is a community servicing AIDS and economic orphans. The kids need school supplies and play equipment.

One World Futbols will last much longer than standard soccer balls — which typically last hours or days before breaking — and will allow the children to play as long as they want. The balls will be used for recess in school and for play for the kids and others in the community.

Through this campaign, we raised 7 One World Futbols.