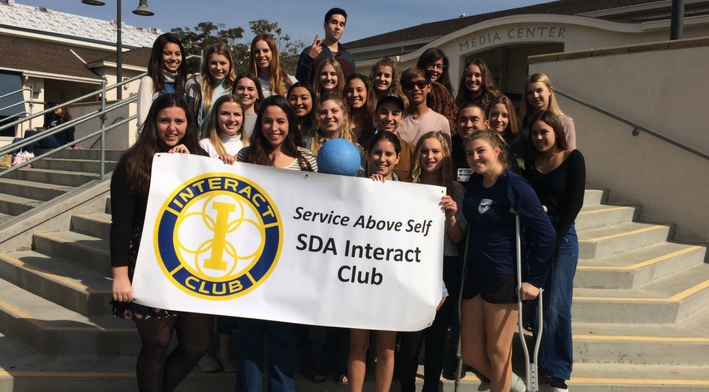 Los Angelitos de Encinitas (The Little Angels) is a nonprofit public charity that benefits the economically disadvantaged youth in the Encinitas community. Many children in Encinitas are unable to participate in youth sports programs due to the costs. Additionally, their families cannot afford after-school care and the children are struggling academically. Los Angelitos is working in partnership with the Magdalena Ecke Family YMCA, Encinitas Soccer League and local public schools to provide basic needs and opportunities to children and families in Encinitas.

One World Futbols are needed because the surfaces that children play in most of the world are very rough and harsh. Standard soccer balls deflate and become unusable very quickly, which prevents children from playing. One World Futbols will last much longer and will allow children to play as long as they want.

Through this campaign, we raised 53 One World Futbols.

Rotarians of the Encinitas Rotary Club gave 43 One World Futbols

Rotarians of the Encinitas Rotary Club gave 5 One World Futbols