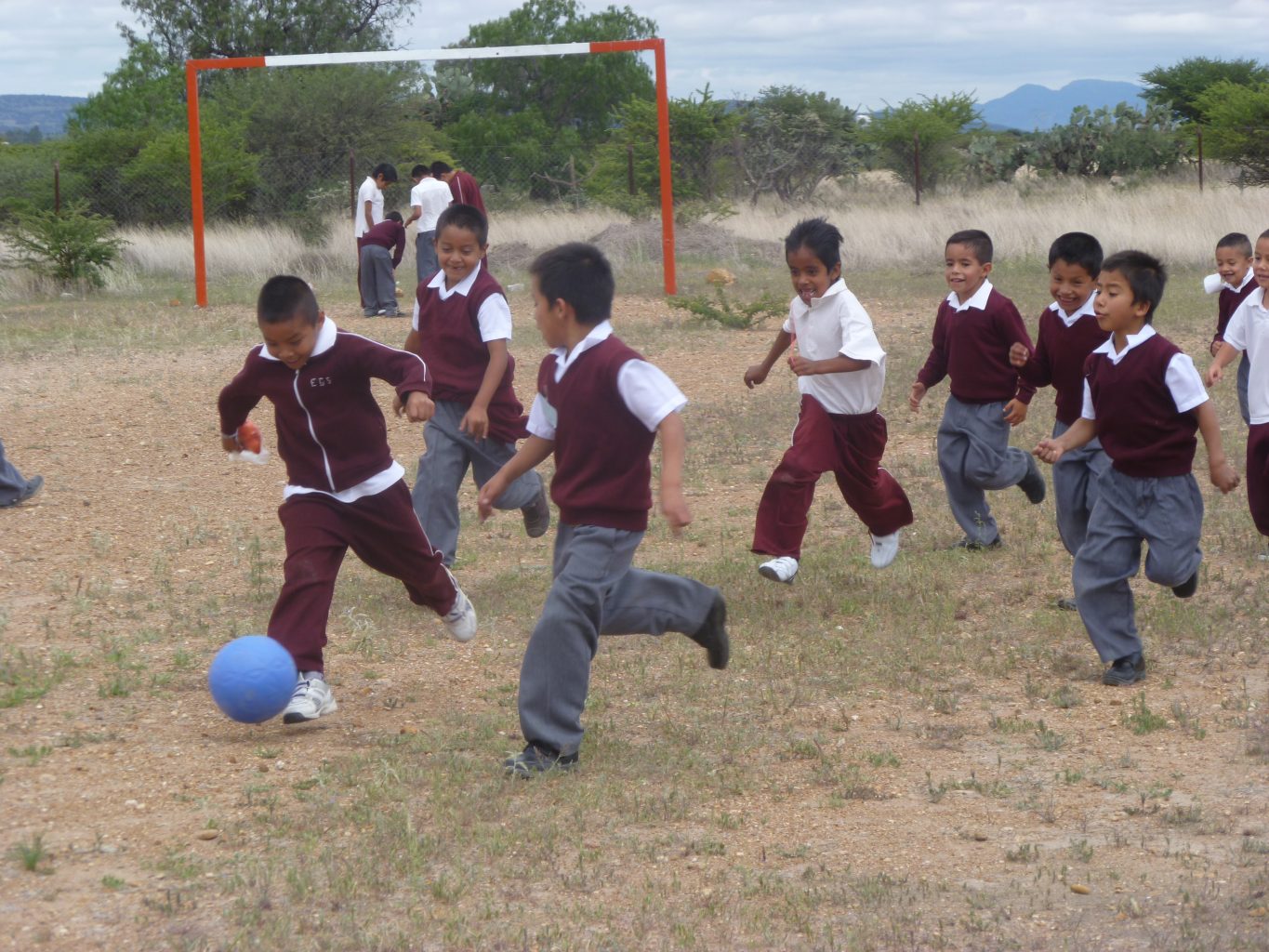 Guanajuato is a rocky, mountainous state in central Mexico, encompassing both industrial cities, quaint colonial towns and rugged, rural areas. In 2014, One World Play Project worked with Chevrolet and the local government in Guanajuato to donate 5,000 gold One World Futbols to a local NGO, Fundación Comunitaria del Bajío, for use in several projects across the state.

Even after years of play, the One World Futbols from that initial donation are still being used and have outlasted many ordinary soccer balls, which are often quickly destroyed due to the environment and/or continuous play. The governor of Guanajuato was so impressed by the durability and quality of the One World Futbols, that in 2018, he ordered the purchase of an additional 5,000 blue One World Futbols.

In Mexico, all public schools are required to devote at least 3 hours a week to physical education. The Guanajuato state sports office is using the blue One World Futbols for this purpose, primarily for soccer but also for other games as well. Today, the balls continue to be used in both primary and secondary schools as well as by a few hundred local NGOs across Guanajuato.